Eyelander is an online game for young people with partial visual field loss caused by brain injury. WESC Foundation designed the game in collaboration with researchers at the University of Lincoln. It incorporates gamified visual search training, which can improve your ability to find objects in cluttered settings. You can play the game on a tablet or with a mouse and keyboard, on most modern browsers.

Who is Eyelander for?

We co-designed Eyelander with and for young people with brain-based vision difficulties. Brain injury can cause different patterns of visual field loss. For example, loss of one half of the visual field is called hemianopia. In addition, brain injury caused around the time of birth can cause significant difficulties with processing visual information. We refer to this as a cerebral vision impairment, or CVI for short.

You can find out more about hemianopia and CVI by following this link About Visual Field Loss.

Why is Eyelander useful for people with partial visual field loss?

We don’t expect playing Eyelander to change the size of your visual field. However, we do expect playing Eyelander to change the way you move your eyes and move your window of attention. This should help you learn to compensate for your restricted visual field, and make searching for things easier. There is evidence from research that completing many visual search exercises such as those found in Eyelander can improve your functional vision. Importantly, this can make certain everyday activities easier. For instance, finding where you left a specific object on a cluttered table, or moving around more safely outdoors. However, these changes do take a long time to happen. As such, we recommend completing Eyelander ten times or more to see meaningful and persistent improvements in functional vision.

How to join in

To play Eyelander you will need to create an account with a valid email address.
Simply click on the Play button on the homepage and follow the registration instructions.

The size of your game window suggests you're playing on a mobile platform. Unfortunately this game isn't playable on devices with small screens.

Have you tried maximising the size of the window?

You can still access the site and register an account, but the game can only be played on a desktop computer that has a mouse.

An adult aged 18 years or older

Who wants to take part in research while they play Eyelander?

A parent or legal guardian

Of a young person or child who wants to take part in research while they play Eyelander?

But still want to play Eyelander? 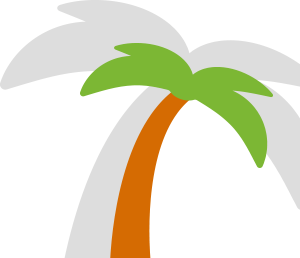